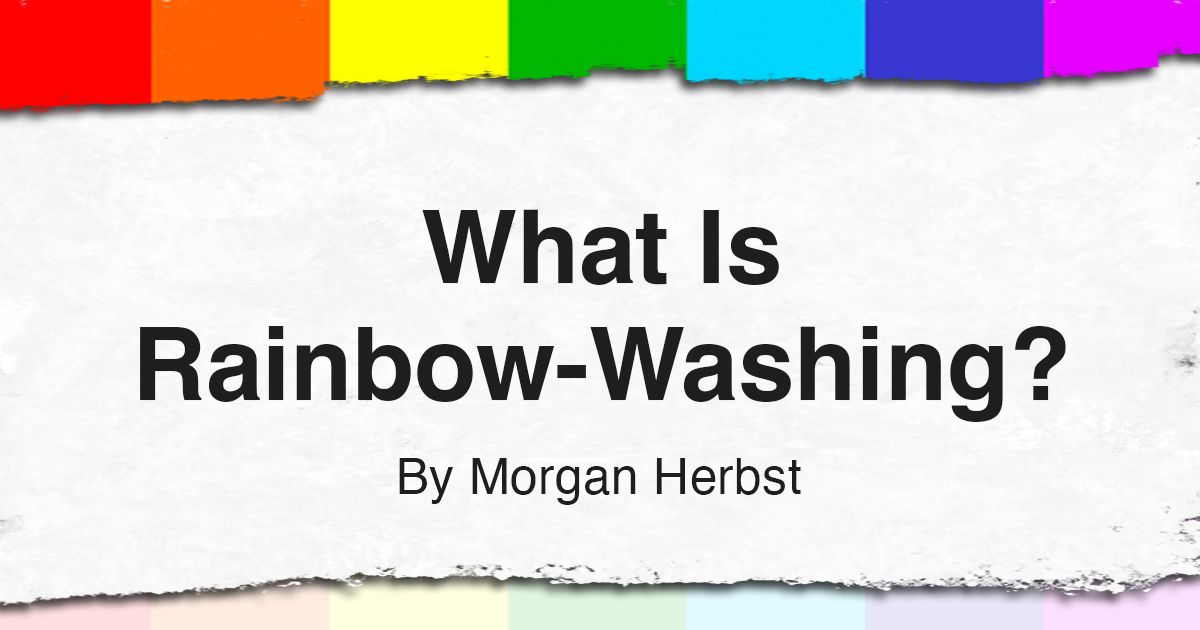 It sounds cute, but it’s anything but. Rainbow-washing is a form of performative activism that is designed to pander to the LGBTQ+ audience and allies, while not actually engaging in meaningful dialogue and in some cases, even hiding harmful behavior. For example, during Pride Month, many businesses change their logos to fun rainbow versions, sell Pride merchandise, and run clever ads with upbeat music from our favorite artists all June. But come July when the fun of Pride Month is over, they often fail to support their LGBTQ+ employees.

Are you rainbow-washing? Maybe. Sometimes it's inadvertent, especially with small businesses that don’t have the political dollars of large corporations. And representation is important in advertising–just ask Subaru and Absolut Vodka, who made waves in the 80s by marketing to the LGBTQ+ audience.

The fear of rainbow-washing doesn’t mean that you should stop featuring LGBTQ+ people in ads or change your logo back to its usual non-rainbow self. It means that Pride Month isn’t about profitability: it’s a reminder of how far the LGBTQ+ community has come, and how far there is to go.

In short, Pride Month is about reflection and action. So it’s a great time to take a look inward at your organization and make sure you are supporting your employees and stakeholders. After all, as of 2020 75% of LGBTQ+ employees surveyed said they experienced negative day-to-day workplace interactions related to their LGBTQ identity in the past year and 26% wish they could be comfortably out at work, but aren’t.

Here is what you can do internally:

Here is what you can do externally:

So be loud and proud with your rainbow imagery, and support your community too. In the words of ​​Jason Collins, "Openness may not completely disarm prejudice, but it's a good place to start."