What Your Organization Can Learn from Sesame Street 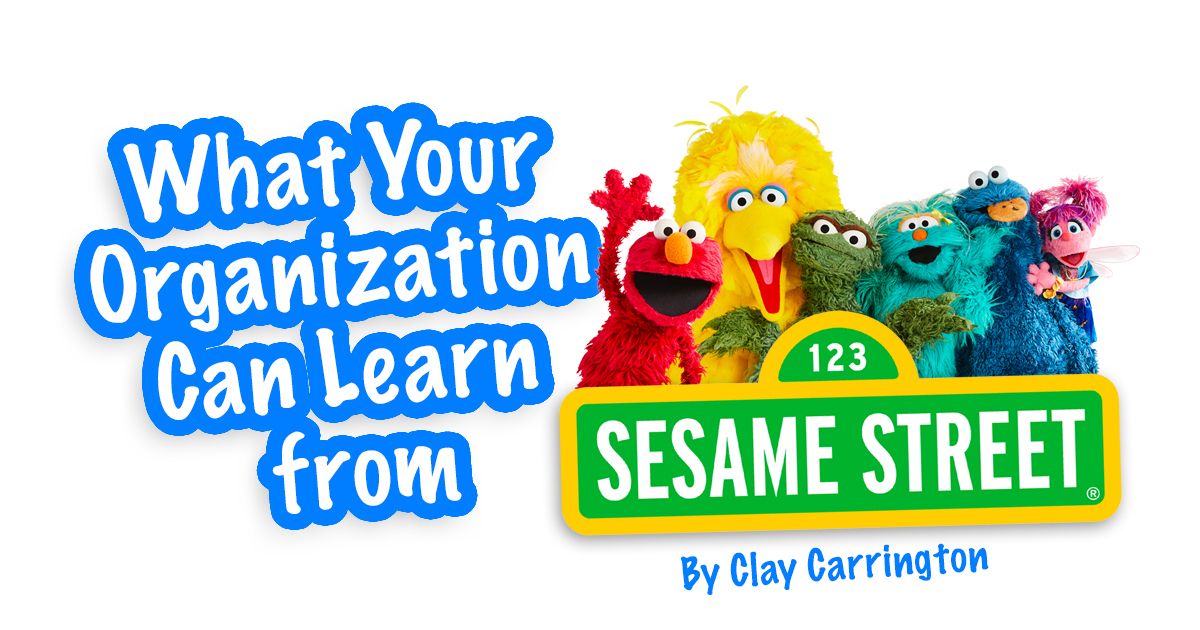 I grew up in ‘70s and ‘80s, which is a shorthand way of saying I watched a lot of TV as a kid. Some of it was formative, most of it wasn’t. I can’t pinpoint any wisdom Fantasy Island or the Dukes of Hazzard imparted on me, but there’s no question that Sesame Street burned important lessons into my young, cereal-fueled brain.

Sesame Steet was instrumental in helping me learn to read, count, and tell time. But Big Bird, Kermit, Oscar and pals also nudged me towards grasping other, more mysterious life skills essential to growing up: empathy, self-reflection, resiliency. And teamwork. Man, those Muppets knew a lot about the benefits of working together.

They were always pitching in to help each other out with a business problem or neighborhood project, or simply to workshop a two-Muppet music performance. There’s one particular, Harry Nilsson-esque song about cooperation that has echoed in my head for decades.

“Cooperation can be lots of fun
It’s incredible what kind of things can be done
When you make something that all of you share
You also make friends, friends who care.”

Jim Henson, the patriarch of all things Sesame Street, practiced what he preached. He was notoriously collaborative and believed that creativity couldn’t flourish unless ideas were shared. Henson’s son, Brian, has continued his father’s legacy by embracing a second truth about collaboration: the more diverse a team, the better the creative results. “My father never wanted others to be or to think like him,” Henson said. “That appreciation for individuality was so strong in him that it became the main message in the work we do—that you should love and appreciate one another for your differences.”

Just as Sesame Street was stronger for having Muppets (and people) of all types, so, too, was the company behind the show’s production. There’s no mystery as to why. As the Harvard Business Review noted, “non homogeneous teams are simply smarter.”

Another HBR article that analyzed more than 50 years of research on workplace diversity found that the highest performing teams “include members with a balance of skills…Diversity in knowledge, views, and perspectives, as well as in age, gender, and race, can help teams be more creative and avoid groupthink.”

I may have heard it first on Sesame Street, but it’s a lesson that’s been borne out at every stop along my career: Many hands make light work. Many minds make great work.

As a writer, Clay supports LMD’s work with the Cybersecurity and Infrastructure Security Agency (CISA) using his twenty years of technical writing experience to distill complex topics into informative, clear content. Clay also has scriptwriting and production experience, and has developed successful marketing, social media, and branding strategies. Clay graduated from Colorado College with a B.A. in english literature.