Right now, everything seems to be mentally draining. Reality itself is just exhausting. So, if it feels like it takes gargantuan amounts of effort to just reply to emails and get things done, you’re not alone. I did a (very unscientific) poll via my Facebook page, and pretty much every single one of my friends and family is feeling this mental and emotional exhaustion—and it’s affecting their work.

So how do you fight off the fog of ennui? I tried 5 different things to get my brain back in order. Here’s what worked and what didn’t.

I woke up early every day and did about 30 minutes of cardio to start the day. Annoyingly, this helped a ton. I felt like I accomplished something first thing in the morning, and I was motivated to keep the momentum going. However, by 2 PM this momentum vanished and I felt like I could lay down and fall asleep for several eternities. Which brings me to my next topic…

This was a staple of my diet that I had given up for about five months. Given my fatigue, I decided it was time to have a glorious reunion. Oh, coffee—how I missed you! Of course, it worked. I tried to only drink coffee when my energy was starting to dip and it really helped keep my energy up. But the problem with coffee, like all amazing wonderful things, is you tend to overdo it—which I did.

Final assessment? It helped—kind of. Sometimes it made my crashes worse, but also helped mitigate them when I was not just chugging delicious bean juice for no reason. With some self-control, you could make this work for you, but for me, it’s become another thing I depend on (sometimes too much) to keep me going.

I bought an expensive sleep tracker that you wear on your head while you sleep called Dreem 2. It’s super-scientific and looks ridiculous. I have been tracking my sleep for 12 days now and I’m not impressed. Waking up feeling tired and then having something you paid hundreds of dollars for telling you that you slept poorly is not the pinnacle of helpfulness. Maybe over the course of many months, it will guilt me into sleeping better but for now, I would say just figure out what you need to do to get better sleep—without spending a lot on fancy devices.

This downloadable app plays computer-generated music that is supposed to help you focus, relax, or sleep depending on which option you choose. I, of course, chose focus. I do a lot of video editing, voiceover recording, and sound editing so oftentimes I can’t use this app, which is a bummer because, let me tell you, when I am listening to this music, I am a working machine. The repetitive driven music distracts the part of my brain that is constantly yelling “OPEN FACEBOOK! POST ABOUT YOUR FEELINGS!” and also makes me feel like I’m a hacker in a terrible 90s movie. This app really works! I highly recommend it and even got my boyfriend hooked on it—he uses it every day.

My brother suggested I try meditation. I immediately rolled my eyes, but then he told me I could use an app—and apps make everything more appealing to me. I downloaded an app called Calm. You can choose from a variety of guided meditations and even have Harry Styles read you a bedtime story (YAS!).

One of the meditations that I found really energized me was the one about feeling grateful. This is the one thing that truly helped me the most. It helped me focus my attention on things that build me up rather than the news cycle, which brings me WAY down. Focusing on the things I’m grateful for makes my work matter more because it gives me the answer to “Why am I doing this?” It also helps me understand that things will get better because I am surrounded by people in my life and at my job who I am truly grateful for. It’s also an amazing break that only takes about 10 minutes from your day. This app really works, and I use it every day to take a break and to fall asleep.

So, there you have it. Do some early cardio, drink reasonable amounts of caffeine, listen to computer-generated music, and then have Harry Styles read you a bedtime story and you too can be just as (kind of, almost) functional as me. 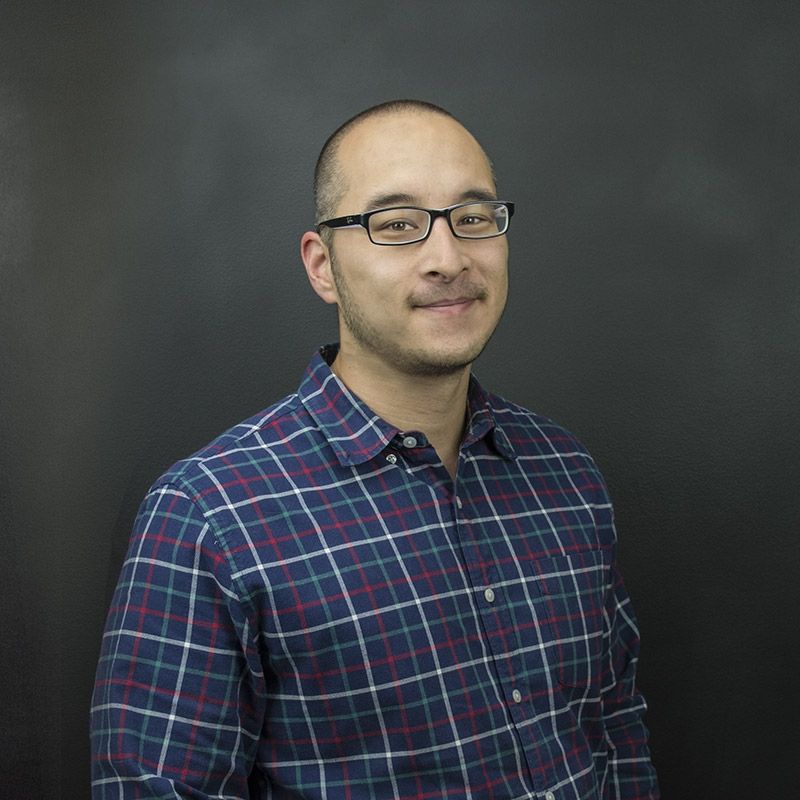 Nic is a versatile designer with extensive experience in a wide range of media, including print, digital, web, and video. He works with clients from federal and county government to non-profit, commercial, and higher education sectors, combining his technical skills with natural design talent to... END_OF_DOCUMENT_TOKEN_TO_BE_REPLACED