What the Chicken Sandwich Wars Can Tell Us About Viral Marketing

By now, you’ve probably heard about the “chicken sandwich war” that hit the fast-food industry earlier this year. You might even have an opinion on which fast-food purveyor has the best sandwich—Popeyes, Chick-Fil-A, McDonald’s or Wendy’s—and gave your two cents on social media. But who fired the opening salvo in this war? Turns out all it takes to start a “war” is one well-timed tweet.

On August 12, 2019, Popeyes took to Twitter to announce the launch of a new chicken sandwich to compete with its rivals KFC, Wendy’s and Chick-Fil-A. The launch nearly went unnoticed until Chick-Fil-A tweeted about having the original chicken sandwich—which inadvertently gave Popeyes launch a boost. Soon after Chick-Fil-A’s tweet, Popeyes tweeted back, saying “y’all good.” This tweet garnered 85,000 retweets and 300,000 likes. 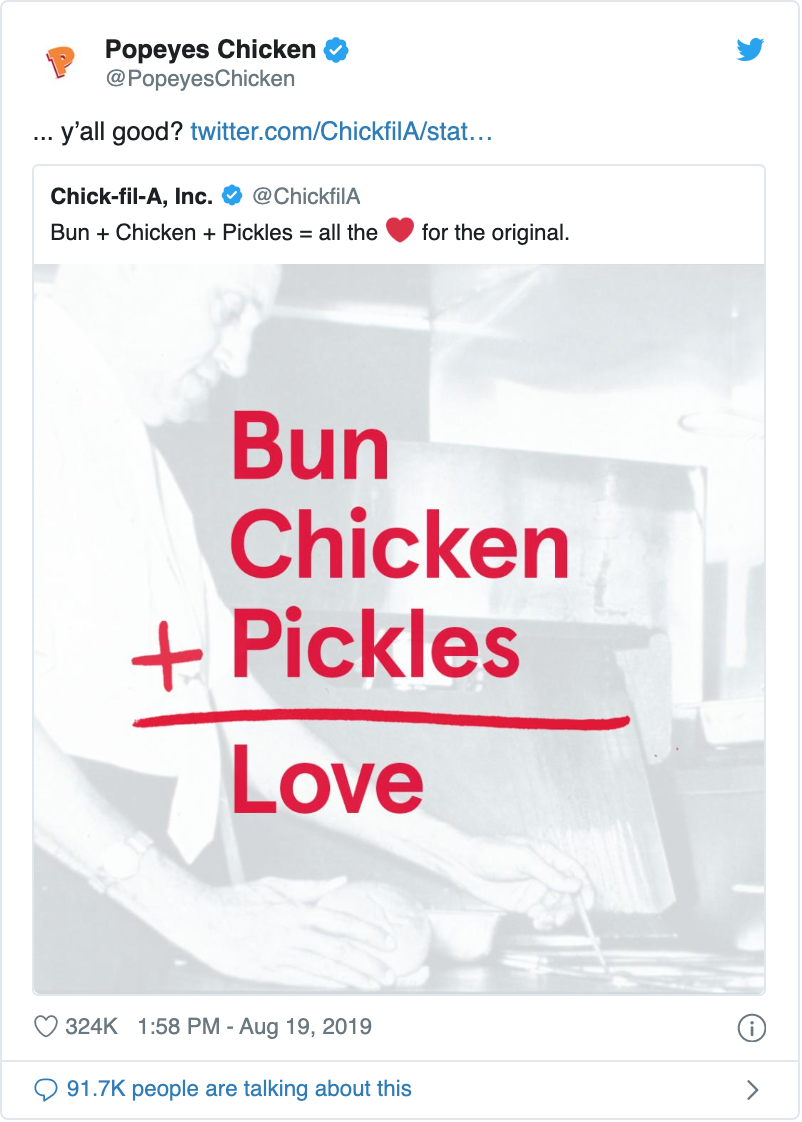 Shortly after, Wendy’s took to Twitter to capitalize on the publicity the sandwiches were receiving. 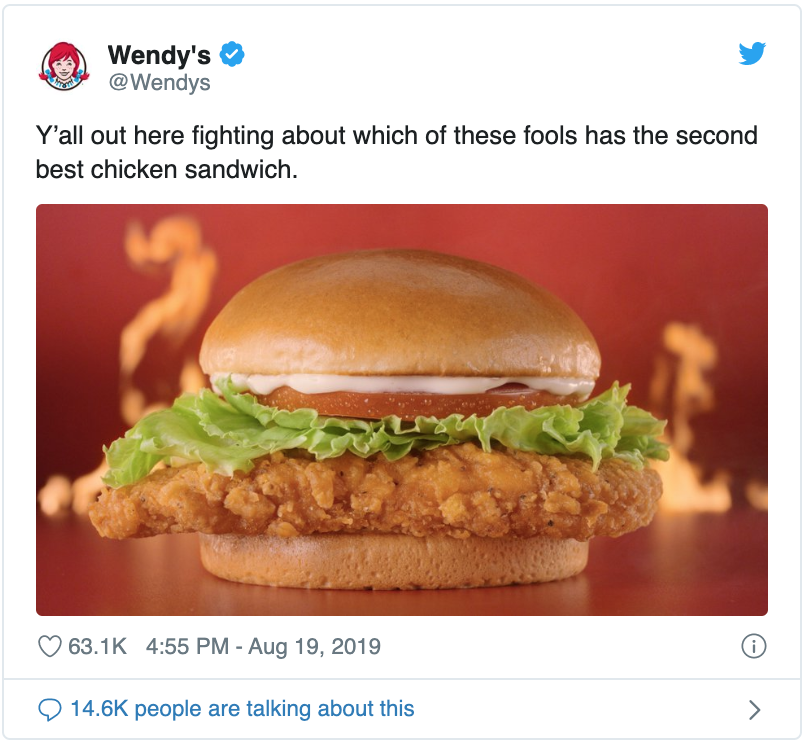 Popeyes wasted no time crafting their retort, and then Wendy’s quickly responded once again. 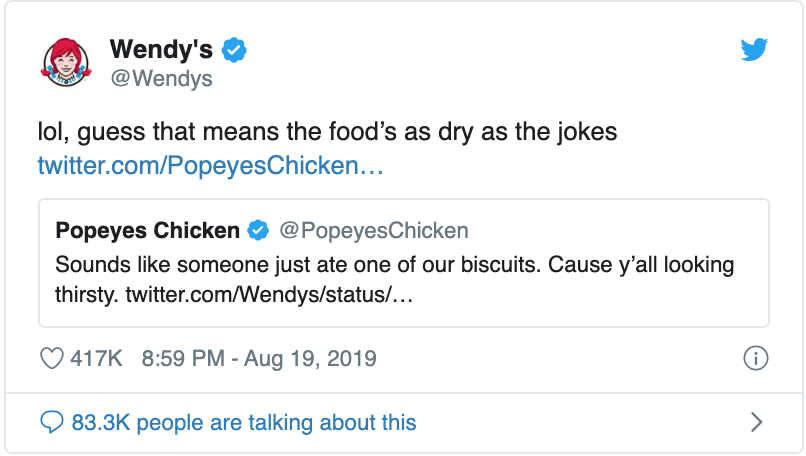 The quick thinking of the various social media teams worked, and mass hysteria ensued.  People flocked to Popeyes, Wendy’s, and Chick-Fil-As across the country to see who had the best chicken sandwich, resulting in long lines and stressed-out workers who struggled to meet demand.

Eventually, demand was so great that Popeyes announced that it had sold out of chicken across the world and would work diligently to bring the sandwich back as a permanent item on its menu. But lacking the components to create a chicken sandwich wasn’t going to halt one of the most highly contentious product launches in fast food. To keep the buzz going, Popeyes announced their BYOB or “Bring Your Own Bun” campaign where people who are waiting on the return of the sandwich could bring their own bun to the restaurant, and use their chicken tenders to assemble a chicken sandwich. (Never mind that the chicken tenders and chicken sandwich are from two different cuts of chicken.)

It was bigger than just product demand: It was product mania. But can we truly attribute Popeyes’ success to the taste of a sandwich, or should the credit go to a quick-thinking social media team and a clever brand strategy?

Let’s look at the facts.

Initially, when Popeyes first announced the sandwich’s launch on social media it went relatively unnoticed. It wasn’t until Chick-Fil-A tweeted that they were the “original chicken sandwich” that Popeye supporters jumped in to defend the brand. Before Popeyes announced its new entry to the chicken sandwich market, Chick-Fil-A’s social media following was larger than Popeyes. After the infamous tweet, Popeyes picked up about 25,000 new followers overnight.

It’s hard to attribute Popeye’s success singularly to the sandwich being great without considering other factors that enhanced its popularity. Many people would chalk the success up to social media influencer marketing. However, I attribute the success to “Influencer Marketing by Accident.” Popeye’s chicken sandwich went viral after a dunk from Chick-Fil-A. Popeyes’ sharp response by its social media team won them their chicken victory: 11 characters earned them over $20 million, 25,000 new followers, and priceless brand recognition.

So, what’s the lesson learned? When it comes to social media, be quick–but thoughtful. If you’re Chick-Fil-A, your lesson is that every action doesn’t require a response. You might be giving a competitor a chance to strike back. And, if you’re Popeyes? The lesson is to be quick and let your brand personality shine through. You might just be creating a $20 million tweet. Play your social media like you play chess. Never make your moves without thinking through your opponent’s moves as well.

Don’t have the bandwidth to start (or spice up) your social media strategy? LMD can help.