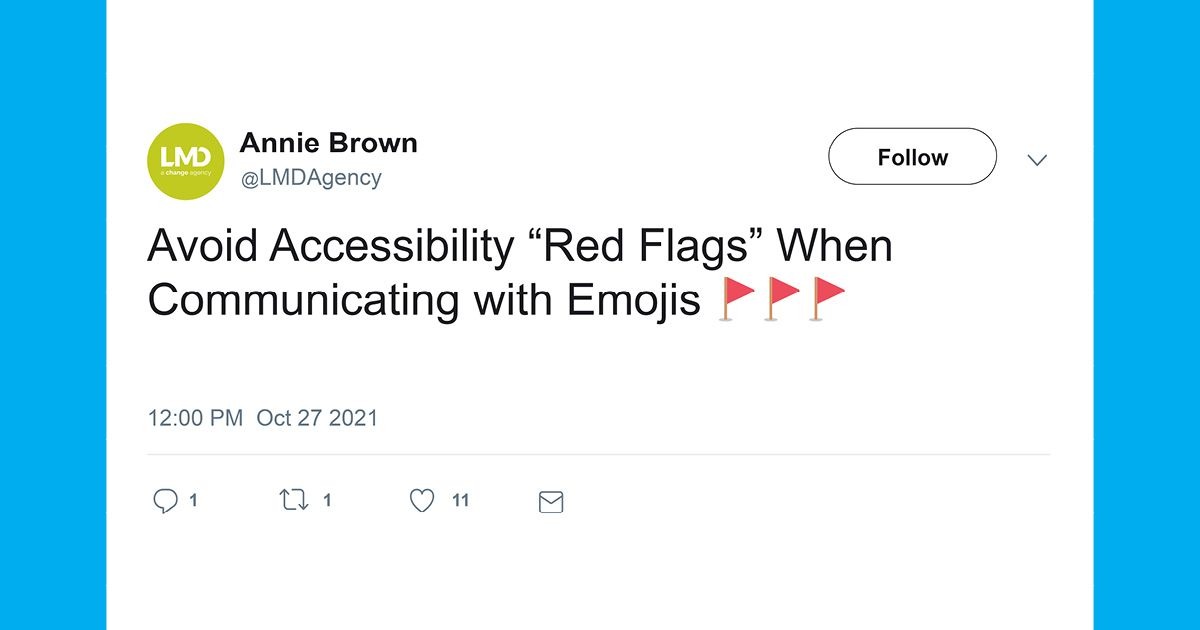 If you’re active on social media, you’ve probably seen the “red flag” meme that’s been going around recently—the one with all of those red flag emojis. The meme originally started with Black Twitter users sharing dating “red flags.” The long strings of red flag emojis then quickly spread across Twitter. Some offer social commentary (often with a side of snark) while others are purely for fun. Even brands and politicians have gotten in on it.

I’ve been enjoying these memes, but I quickly recognized that they present accessibility challenges. When written out as text in tweets or Facebook posts, they’re aggravating for people who use screen readers to navigate the internet. Most screen readers read out the name of an emoji every time it encounters one. You can probably imagine that hearing the name of the same emoji three or five times in a row is annoying, so it’s not hard to imagine how annoying it is to hear it repeated dozens of times. To make matters worse, the name of the red flag emoji is actually “triangular flag,” which means that screen readers aren’t even communicating key information—the fact that the flags are red—from the meme.

The good news is there are ways to use emojis that keep screen reader users in mind. In the case of the red flag meme, a screenshot that includes alt text is the best approach. Simply draft the text you want to share and include as many red flags as you want! Then, instead of hitting post, take a screenshot of your draft and post that as an image with alt text (descriptions of images) instead. Twitter, Facebook, Instagram, and LinkedIn all let you create alt text on their platforms. For example, our friends at Dunkin’ could have posted a screenshot with alt text that said, “A screenshot of text that says, ‘I don’t drink coffee,’ followed by several red flag emojis.”

Generally, however, you should limit the number of emojis you include in your social media posts and be mindful of where and how you use them. Avoid sticking emojis in the middle of sentences; this interrupts the sentence flow, which can create confusion. You should look up the name of the emoji to make sure it matches the meaning you’re trying to convey, and avoid using emojis as replacements for entire words.

Accessibility fosters inclusivity, but you don't have to sacrifice creativity to make your content accessible to as many people as possible. If you need help creating engaging, accessible social media content, contact LMD. 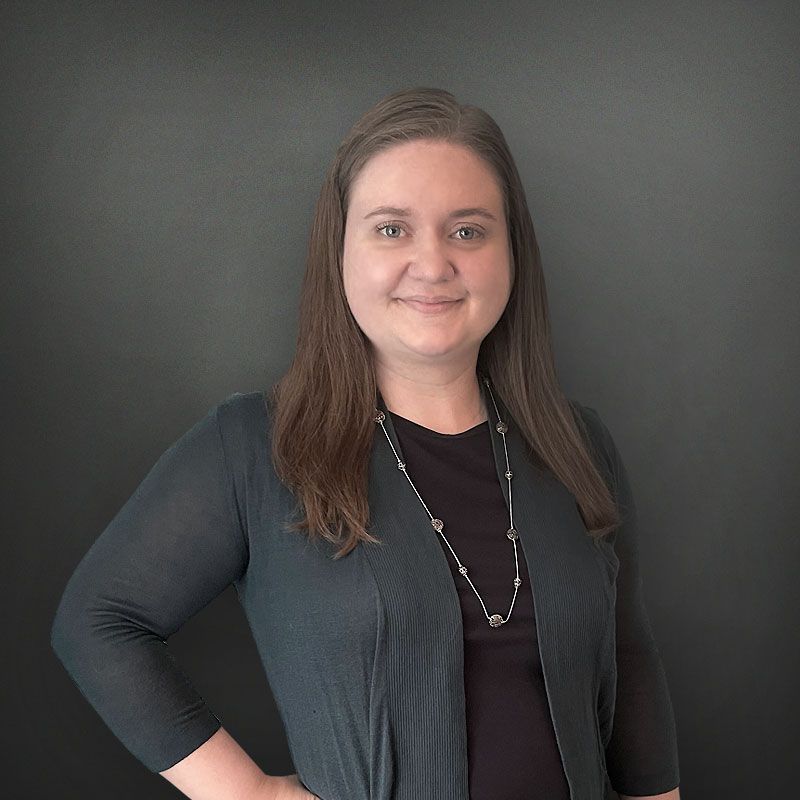